A step from sky. Immerse ourselves in the beauty and majesty of rock called Tacchi (literally, Heels), among the silent woods, where deer flitted furtively, among the calcareous uplands, whipped by the wind, the mysterious caves and thundering waterfalls that make even greater natural heritage of this land. Those who take a hike this trail, feel the atmosphere of past times, finding a shelter in huts of former shepherds, admiring the amazing views, following in the traces of nuragic civilization. This is undoubtedly one of the most interesting trails, both in terms of landscape and of historical and cultural aspects. 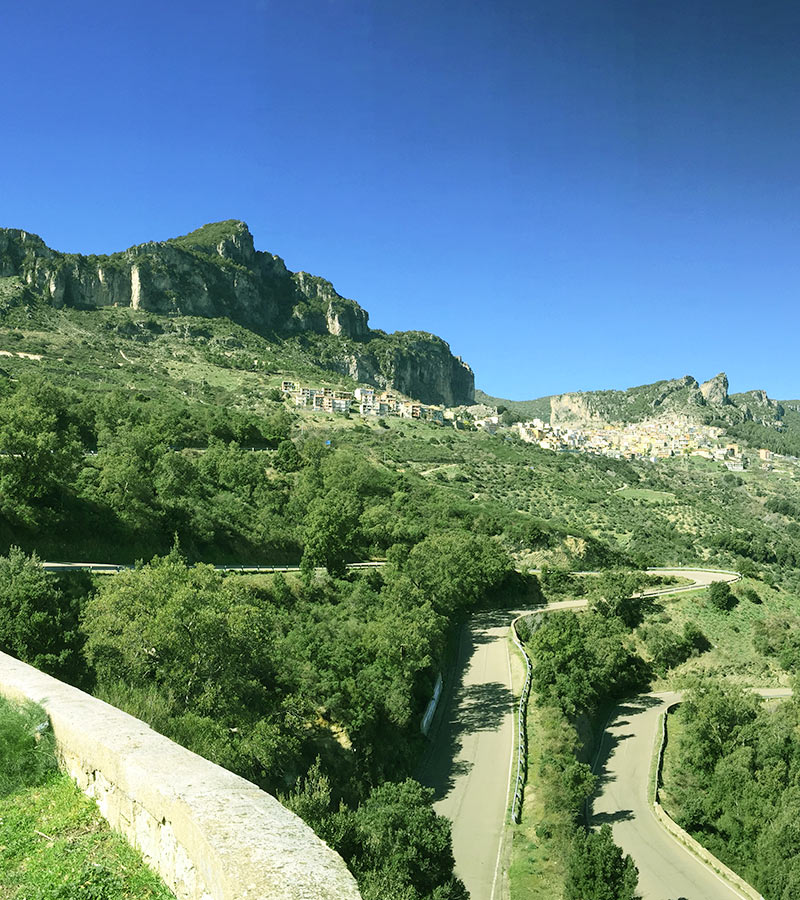 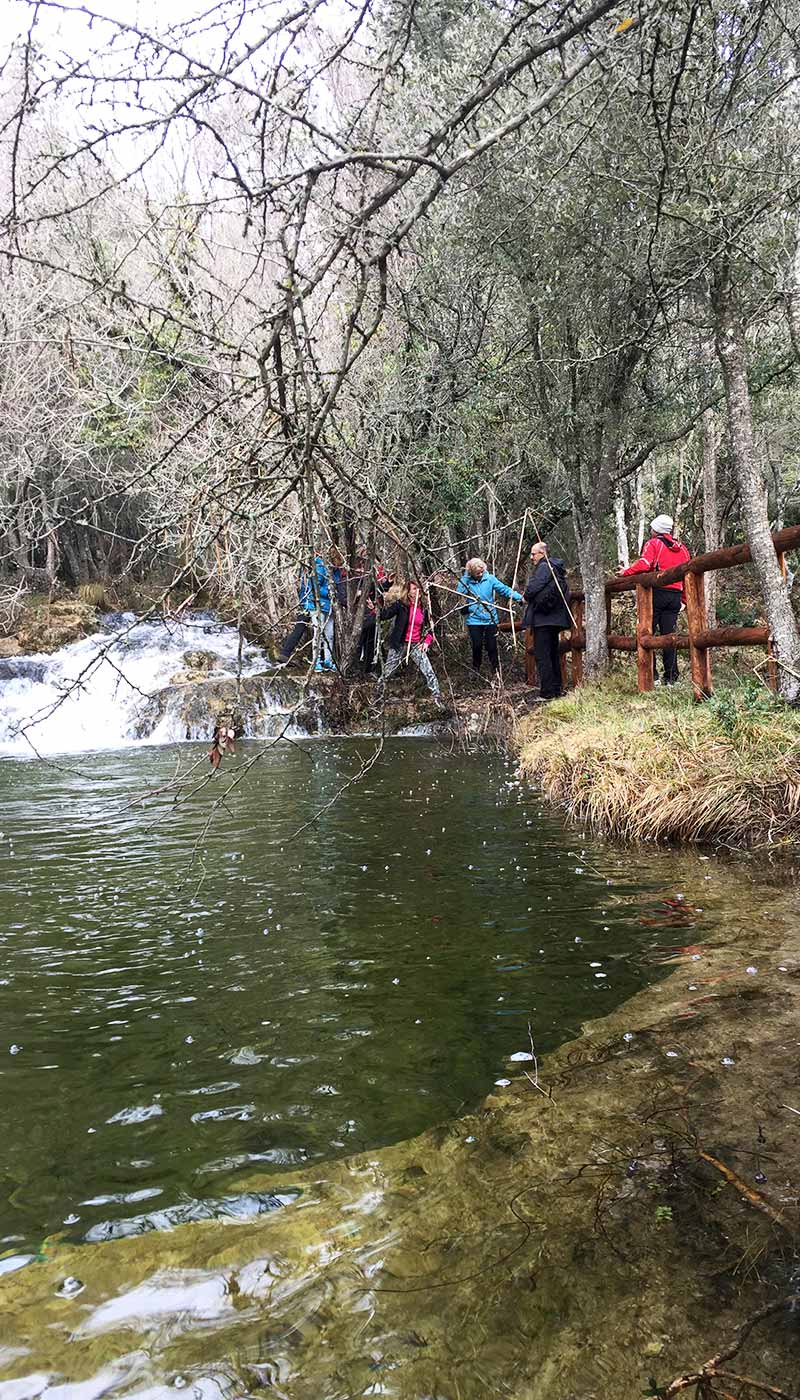 Trial in a loop has a remarkable branch. Wandering can begin in two places: in the center of Ulassai, on the square in front of city hall, where you can see a map of local trails, you can also drive to the cave Su Marmuri – one of the greatest living caves in Europe, rich with wonderful stalactites and stalagmites.
Leave your car at the large car park; go on climbing up the path on the left side of the square. It runs over a so called Slope of Dinosaur, which is the work of artist Maria Lai. The path has a long history: the inhabitants of Ulassai passed through here on their way to Taccu or Ussassai. From the steep path you can see a magnificent view of the two soaring calcareous massifs surrounding the center Ulassai, setting against the blue background of the Ogliastra sea. After only 15 minutes walk it becomes clear that we have to deal with a unique natural jewel: you will see a impressive views of the Rio Pardue. valley. You probably notice, located a slightly higher, forged in the scales a niche, where long time ago the shepherds looked for a shelter from the frost in the winter and the heat in the summer. The path now goes up and leads to a dense oak wood. This is one of the highest and most beautiful parts of the trail. It is situated at an altitude of 910 meters above sea level, is an excellent vantage point. But remember to keep the proper attention and care. You entered the realm of deer. The mere presence of these animals makes it worthwhile to go for a hike. But do not forget about keeping quiet.

A little further conspicuous black terraced field: it is nothing more than ancient kiln (fogaias). In the past (and sometimes even today) they were used to obtain charcoal. Usage of kilns changed over the centuries, but always they were a conical form with a chimney in the center and minor flues on the sides. The function of the latter was to regulate the air flow.
You could tell that coal is obtained in the process of incomplete (by reason of insufficient oxygen), combustion of wood. For many centuries until the early 20th century, in these woods worked many of these “artists of fire”, especially coming from the vicinity of Florence. Produced by coal transported them to the cities, where was used in various fields, including the drive for so-called. Green Train. After about a twenty-minute hike you reach the junction. After turning left begins the most difficult section of the route: over hundred meter high cliff cuts in half the ledge. It is undoubtedly one of the most beautiful and charming vantage points offered by this pathway. It is located at the foot of Punta Seccu (998 meters). After another 10 minutes walking path begins converge downward, toward the very broad path. Mushroom enthusiasts will feel like heaven here: the surroundings are teeming with delicious boletus!
A little farther you see a water source located on enchanting hill and if you are lucky, you will see the deer, which live there. On the left side extends a view for a resort of Santa Barbara. Following the trail, which now should not cause any difficulties, you get to the area known as Sa Canna. It is designed for picnics; tourists will be able also to drink water from the source. Running down the left path leads to the impressive waterfalls of Santa Barbara or Lequarci,. The best time to admire them is in the period of intensive rainfall. These waterfalls measure a 70 meters wide and nearly 100 high and situate among the highest waterfalls in Europe. On the right side of the small square stumps up narrow path, leading to the calcareous rocks amphitheatre. It is hence flow out the majestic waterfall. Water comes from a tank on top of a cliff, called Baulassa. The Lequarci River gives a origin to a cascade of the same name. Flora, consisting of oaks, maquis and blackberry bushes, is lush. Vegetation grows out from between the cleaved rocks.
It takes about twenty minutes to break through the maze and reach the vast amphitheater, where the white rock majesty inspires awe in the viewers. Looking up, you see cracks in the rock – the water made that the limestone blocks with the deafening noise burst fell to the ground. Juniper, rosemary, young oaks and other plants grow from the cracks, causing their growth. At the foot of the rocks are piled up huge boulders. Plants which have fallen with them, release the young shoots, climbing to the Sun.
In summer, when plagued by heat and running out of water, cascades significantly reduced. If you just then go for a hike, you are advised to go straight at the junction, in the direction of Baulassa, 15-minute walk away. Having reached there, you have for each other half way (three and a half hours). You can see now the third spring, and a small lake where lives a large colony of aquatic turtles. On the right bank rise two ancient barns – traditional shelter for local shepherds (barracus or coilis). Sheds have round stone underpinning and they are covered with trees branches.
Going further the paved way, you get to a place called Sa Brecca. Here you can eat, relax and enjoy refreshing water straight from the source. In sight is the point at which your route coincides with the path number 521, called the “The nuraghe trail”. The standing on the left side huts at night and day ensure representatives of forest inspectorate. Continuing the journey, you come across Nuraghe Sanu and two – priceless archaeological point of view – Tombs of the Giants. We advise you to visit them before you go back.
About 1 km the path runs through flat terrain, and then climbs up to the cave in Ulassai Su Marmuri, where the journey ends. 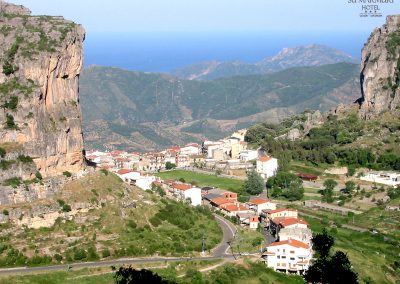 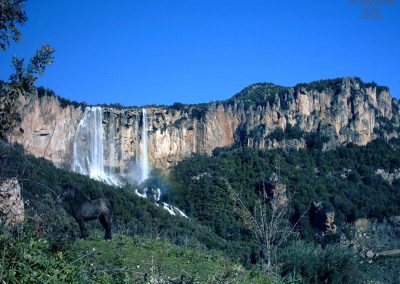 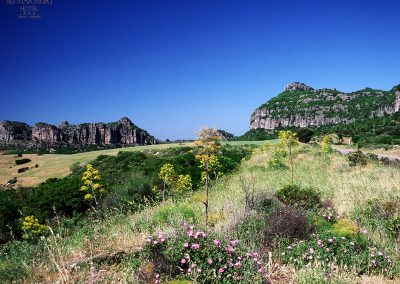 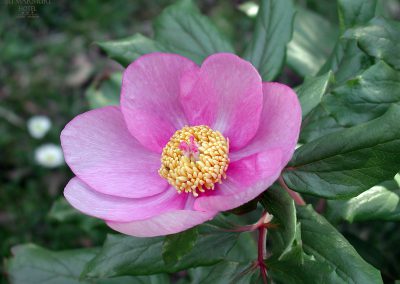 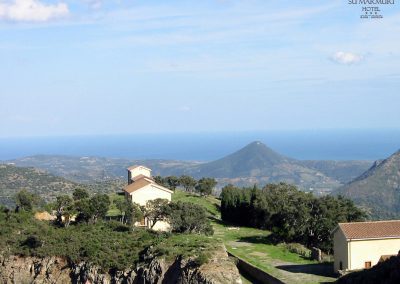 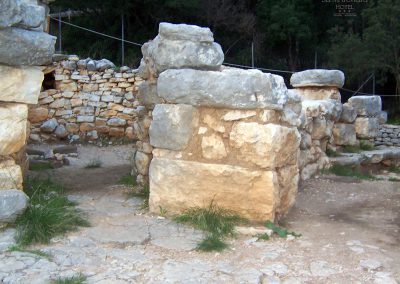 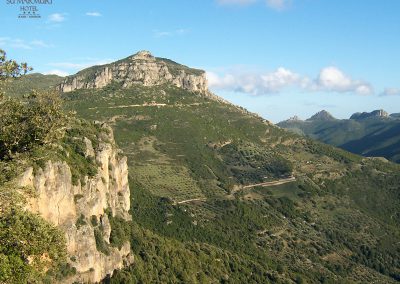 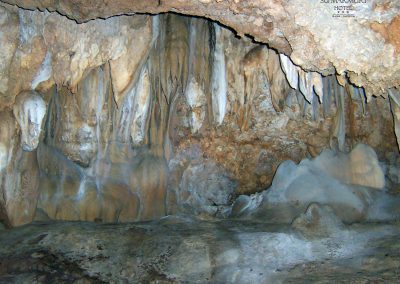